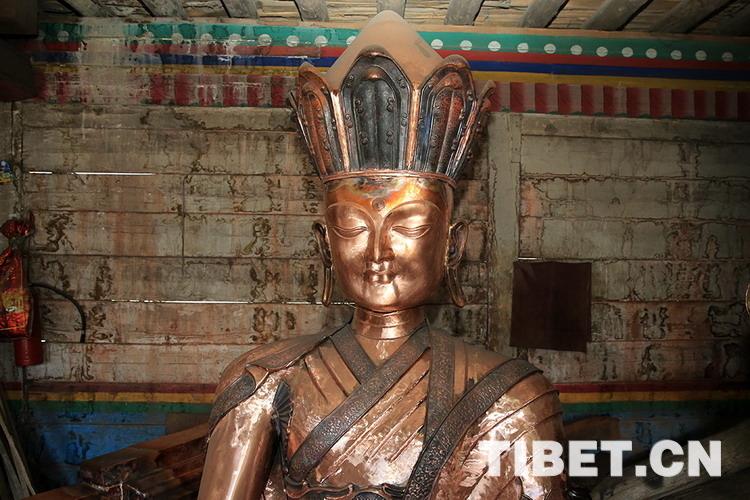 A metal Buddha statue made by the "Kartsangma" family.

In Garma Township, Chamdo City, Tibet, the "Kartsangma" family has passed down techniques for forging Buddha statues for generations.

Dhundrup Norbu is the current inheritor of the metal Buddha statue handicraft at the Tibet Autonomous Region level, and he demonstrated the basic procedures for casting Buddha statues using the example of casting the Buddha head.

According to Dhundrup Norbu, the process for casting a Buddha statue is roughly divided into the following steps: drawing the materials, cutting, welding, beating, assembling, and shaping the statue. All the steps have been taught by family elders. 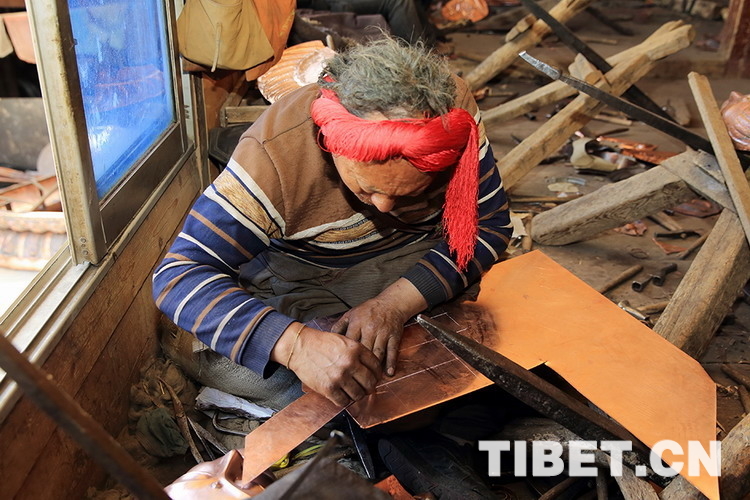 Dhundrup Norbu shows how to draw the materials. 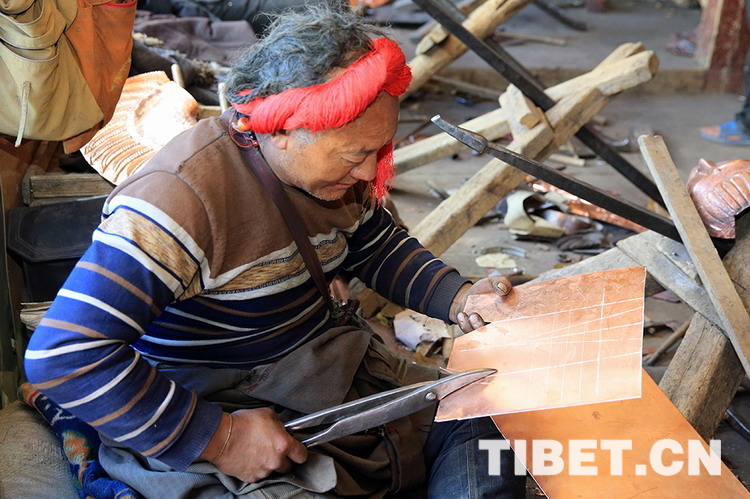 The beating process before welding. 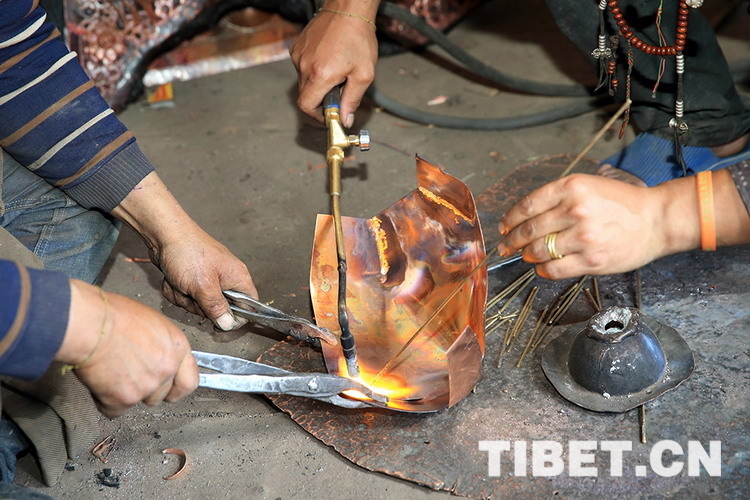 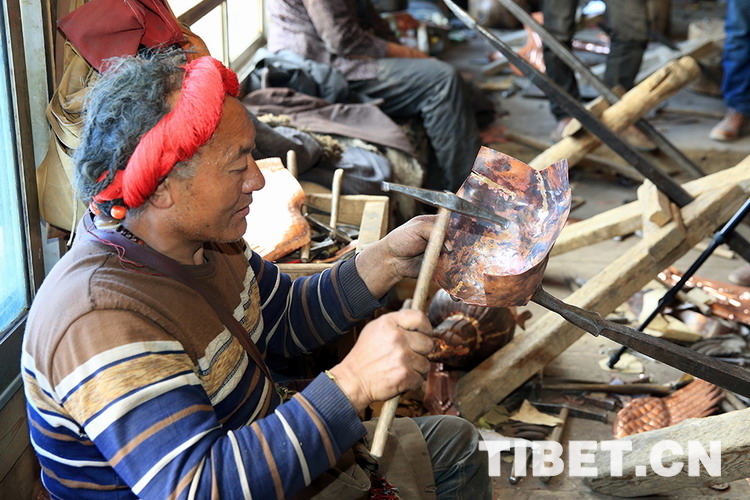 Dhundrup Norbu beats the head of the Buddha statue. The Buddha's head is the most difficult part of the statue to beat. 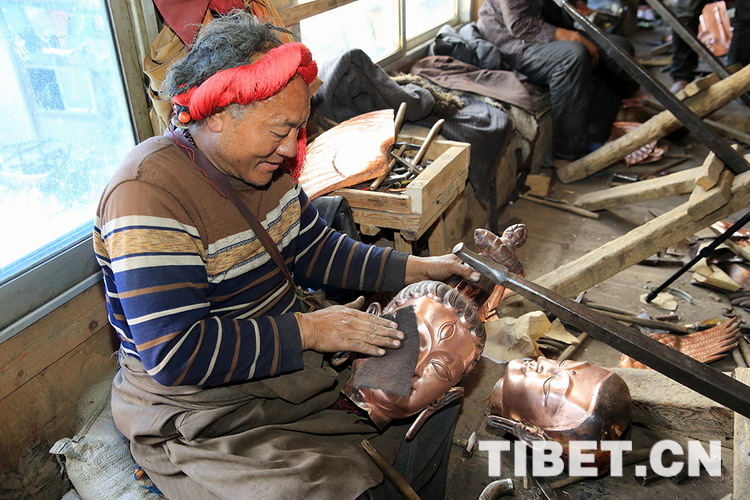 The Buddha head is polished after casting.

The rest of the body of the Buddha statue also undergoes the above mentioned steps and is finally assembled into a complete statue.

As the inheritor of the metal Buddha statue handicraft at the Tibet Autonomous Region Level, Dhundrup Norbu has established a workshop and employment training base with the support of the Chamdo Government. He has had many apprentices who have completed their training, and some of them have gone on to become independent artisans.