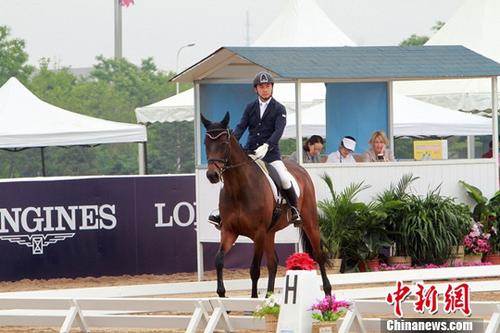 A rider performs in a dressage competition.[Photo/China News Service]

The Tibet equestrian team was crowned team champions after fierce competition in the 2018 National Equestrian Eventing Championships recently kicked off in Tianjin.

At the same time, riders Benpa Tsering and Kelsang Phuntsok were selected for the national team in the 2018 Asian Games in Jakarta, Indonesia, and riders Tashi and Tenzin Norden finished fourth and sixth respectively in their individual matches.

The National Equestrian EventingChampionship is currently the highest level of equestrian competition in China. The competition level of the event has been designed according to the International Equestrian Federation’s one-star level, and some participants were also selected to represent China’s national team in the 2018 Asian Games in Jakarta, Indonesia.