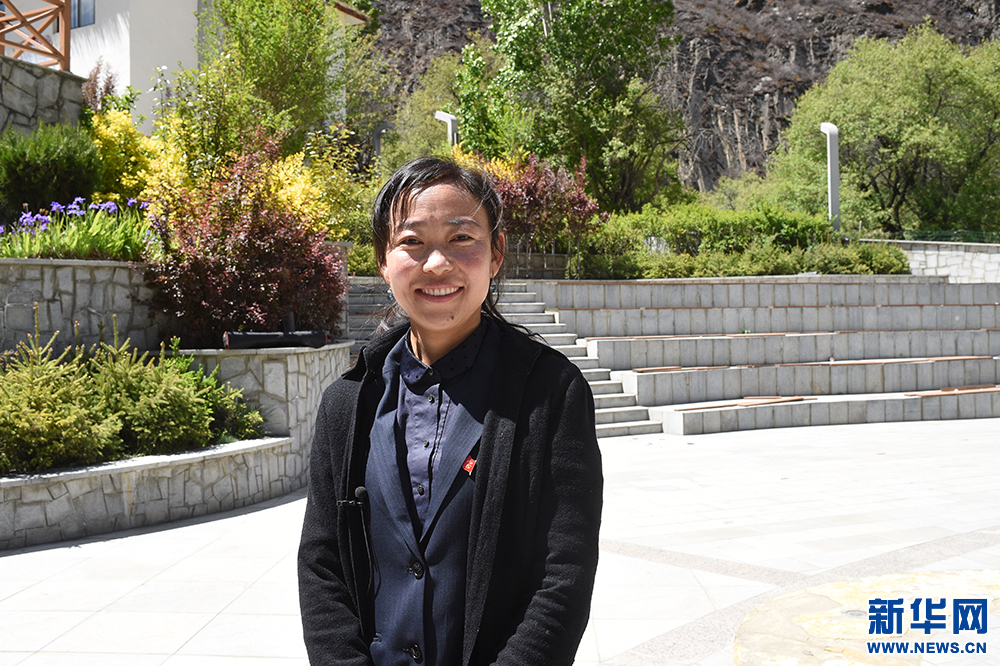 Photo taken on May 10, 2018 shows Zhaxi Yangjin, head of Douyu Township of Longzi County in Shannan, southwest China's Tibet Autonomous Region. As a deputy to the 12th National People's Congress, Yangjin attaches great importance to the protection and inheritance of the Luoba culture. (Xinhuanet/ Ma Yimeng)

With a population of over 3,000, the Luoba ethnic minority group, mainly living in Longzi county of southwest China's Tibet Autonomous Region, remains a mystery for many people.

The extensive use of black and white in color and decorating with sword are the distinctive features of the Luoba dress, said Zhaxi Yangjin.

Luoba dance is rooted in the people’s lives, integrating hunting, farming and other culture of the Luoba people.

Speaking of the protection and promotion of the Luoba culture, Zhaxi Yangjin highlighted the government’s policy to protect and develop the fine traditional cultures of ethnic minorities.

The inheritance of Luoba culture lies in children’s education. Nowadays, the Luoba language has been promoted in local primary and middle schools, she noted.